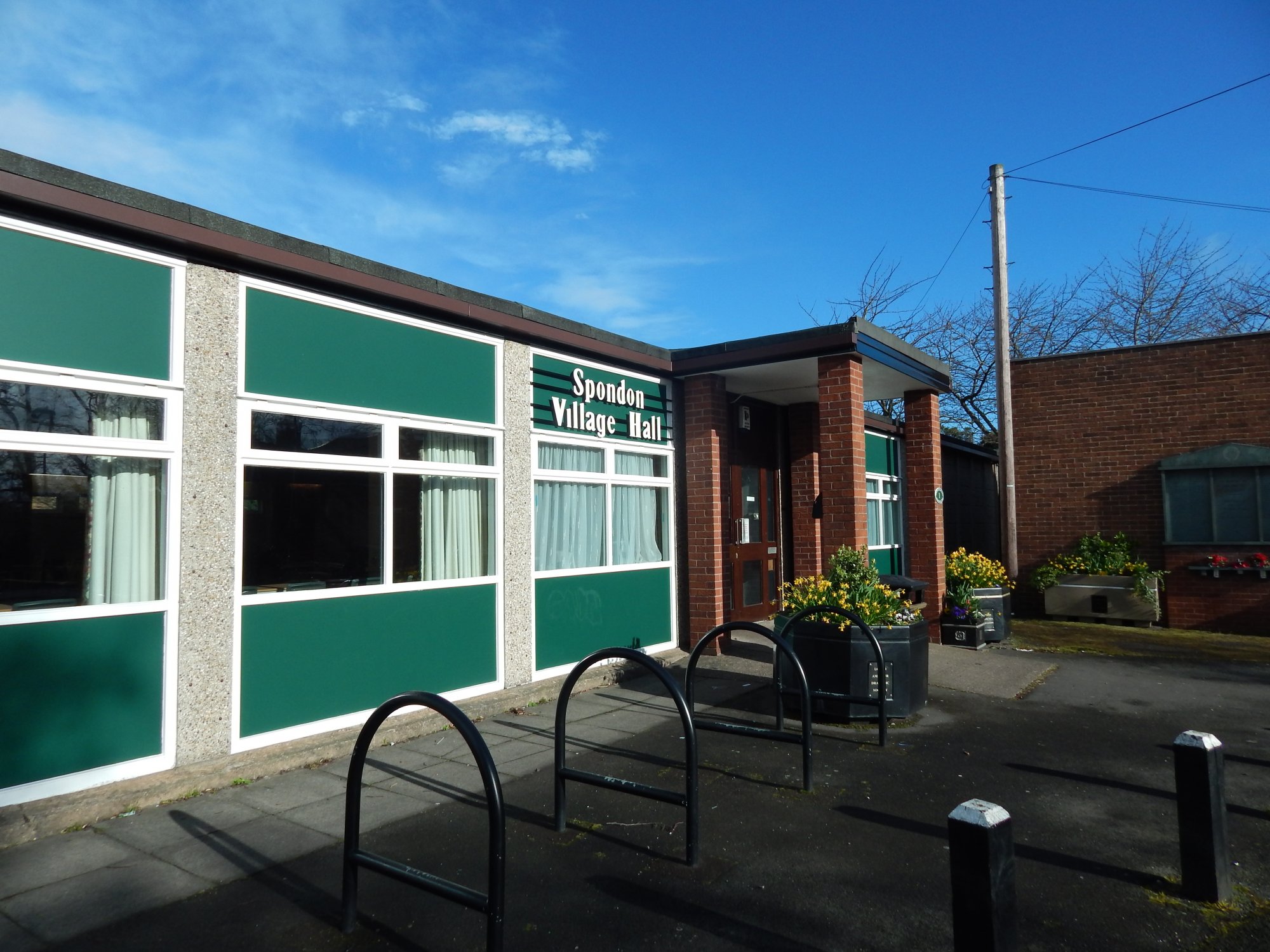 Spondon Archive is a new joint venture between the Village Improvement Committee and Spondon Historical Society. It aims to publish a series of booklets about Spondon past and present. Some will be original material, others will be re-publication of existing documents with an objective of making them available to a wider audience.

There are now 17 books in the series:

All the books are available in the village from Spondon News and Housley Pharmacy, priced at £2.50 and £3.50.  The latest three titles are also available from Cherry Tree Framers and Simnett Funeral Directors.  If you would like us to post a copy of any of the books (either in the UK or abroad), please e-mail us for further details.

Suggestions for future booklets are welcome - please e-mail us.

Spondon Pubs and Clubs - A Social History by James Wilson 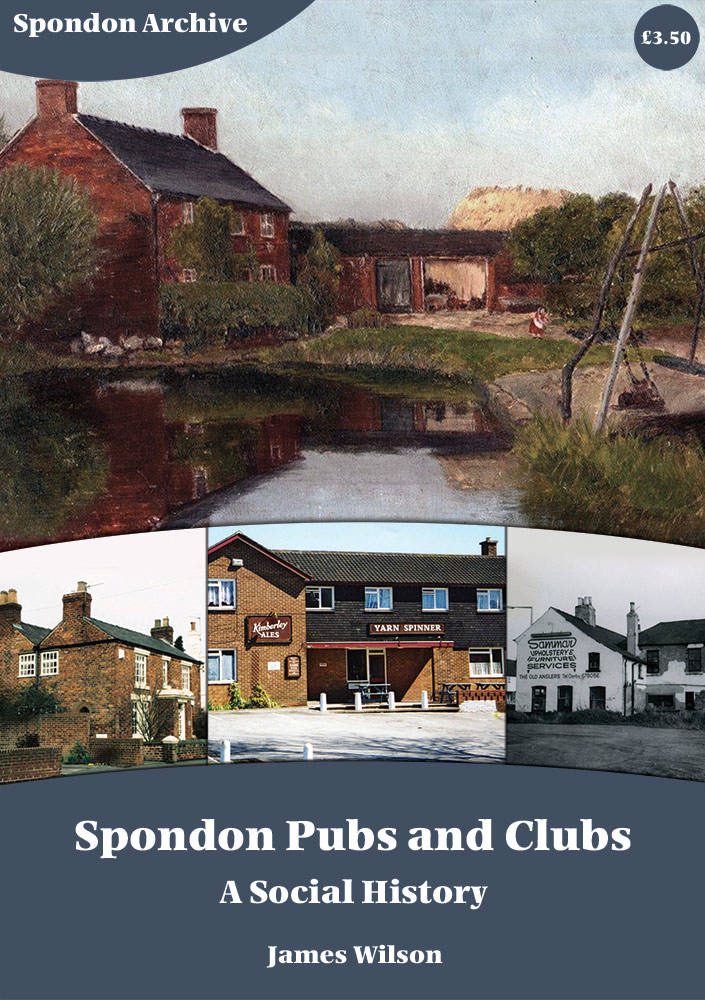 James Wilson takes a look at the history of Spondon's pubs and clubs, both past and present. As well as detailing the past of all our our existing hostelries, the book also remembers the pubs that Spondon has lost over the years - those in recent years and also those back through the centuries.

The book also explores some of Spondon's "mystery" pubs referenced through history and also remembers some of the clubs and traditions associated with Spondon's most popular venues over the years.

During the First World War, Spondon House School was requisitioned as an auxiliary hospital. Between 1914 and 1919, the school-turned-hospital (on the site of where St Werburgh's School now stands) treated wounded soldiers as part of the war effort.

The latest book in the Spondon Archive series tells the story of the hospital and explores the lives of some of those who worked there. It also looks at the Hospital's impact on the wider Spondon community as a whole and contains numerous old photos of Spondon and the hospital. 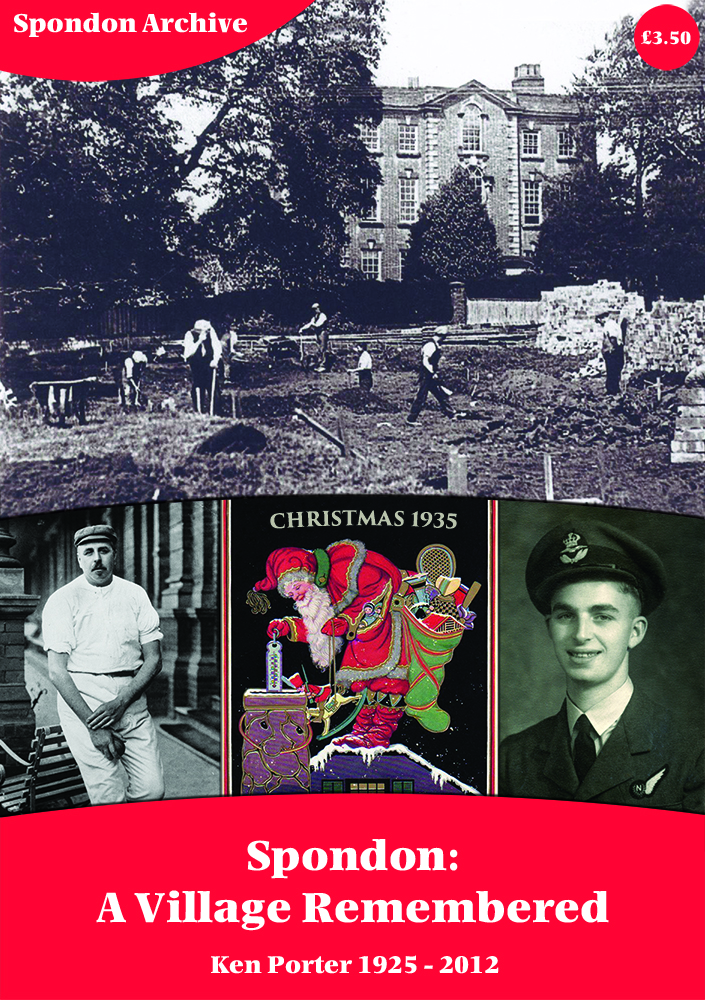 Recollections of a bygone time in Spondon from former local resident, Ken Porter.  Ken shares his memories of growing up in Spondon and also recalls a famous Spondon cricketer, Christmas in the village, the history of the Porter family and a nostalgic look back at the schools, churches and countryside where Ken grew up.

For centuries, this area has been the heart of Spondon and the stories behind the properties, still existing or long gone, offer a fascinating glimpse of the people who lived and worked there. The authors have done extensive research and uncovered many personal reminiscences.

"Spondon Remembers, the war memorials  of Spondon" by Derek Hathaway

This is now available in the usual shops; it describes the existing - and "lost" - memorials of Spondon, with a complete list of individuals and some of the families named there.

Some of the research that could not be put in the book has been used in the excellent website, Derbyshire War Memorials., the Spondon section can be found here. A second website that has the same ambition to document all the Derbyshire memorials is here; it focuses on the memorials themselves rather than the personal details.

Thanks to a grant from the Coop Community Fund, an information board has been installed at South Avenue Recreation Ground, purchased in 1922 as a war memorial and presented to the village. The board was officially unveiled on Friday 28 June at 3pm to mark the centenary of the Treat of Versailles which brought the First World War to a formal end. The unveiling was performed by David Palmer, President of the Spondon Branch, Royal British Legion and Gwen Swainson of Spondon's last Parish Council (who took formal ownership of the ground). Pictured left is Howard Williams, Chair Spondon RBL, David Palmer and author Derek Hathaway.

The grant was enough that we were also able to fund the planting of five additional trees at the park.

For 100 years a series of four power stations sat on the plain below Spondon village. They provided the energy which allowed British Celanese to run its profitable industrial base here in Derby. The site was ideally situated next to the River Derwent with rail and road links to coal sources, which provided the essentials for power generation. This provided work for thousands of people over many years.

The great buildings are gone; power sources are changing and employment moves on.

Spondon Archive is pleased to publish this book, which we feel goes beyond the bounds of local history and is of interest to anyone who cares about our industrial heritage.

There are a number of further books in various stages of completion, with work in hand on a history of the Guides, local pubs and Celanese.

About Us | Add a listing | Advertise with us | Disclaimer | Contact Us